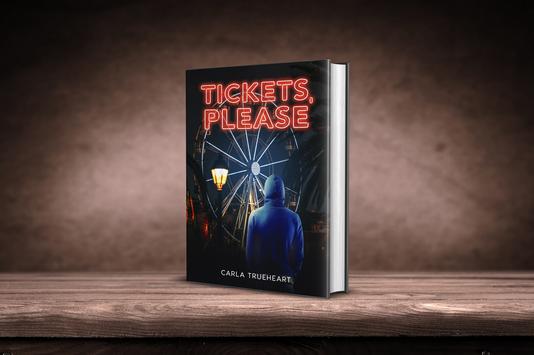 Seventeen-year-old Wyler Bells has never quite accepted his mother’s death. It doesn’t help that his father has tucked himself away in an office, writing a novel, and pretending that Wyler does not exist. Wyler has always been seen as a tragic figure at school, and while his friends have formed a family unit for him with love and support, Wyler dreams only of escaping. Maybe to the sunny west coast. Maybe to watch the clouds zoom by in the midwest. Maybe to sleep under the orange southern skies. Anyplace is better than Crystal Field, with a house only filled with the tap-tap of keys and pictures of his mother before the fire took her away.

But when a mysterious carnival comes to town, Wyler considers that he may just get his wish of escape. Presented with an envelope of free carnival tickets, Wyler and his friends ride a Ferris Wheel that actually levitates the riders, spin on a merry-go-round that offers glimpses of the future, and whirl around on Scrambled, a ride that changes their emotions. The rides are intense, and while most of Wyler’s friends are leery of the carnival, Wyler finds himself growing attached to it, particularly to Ezzie, the alluring and sweet conductor of the fun house. As the carnival sucks Wyler in, he learns of the Lost Souls, teenagers who roam the carnival grounds but are losing their very energy and essence to keep up the magic of the carnival. Wyler wants nothing more than to leave with the carnival and Ezzie when they travel away from Crystal Field, but he must face some important things—or be in danger of becoming a Lost Soul himself.